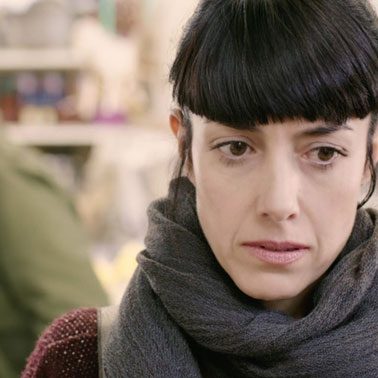 Posted at 08:35h in All News by Melina Rodriguez 0 Comments
0 Likes
Share

Hola Mexico Distribution has announced the U.S. theatrical release of the screwball comedy Tales of an Immoral Couple (La vida inmoral de la pareja ideal), the fourth feature by writer-director Manolo Caro. The film opens Friday, August 25 in screens across the country including New York City, Los Angeles, Chicago, Miami, Dallas, Houston, San Francisco, Las Vegas, and San Diego, among other cities. This marks the first U.S. theatrical distribution by the young yet accomplished Mexican film and theater director, whose deft comedies have enjoyed significant box office success at home, making him the only filmmaker in Mexico to have scored a top ten highest-grossing movie in the past three consecutive years.

Tales of an Immoral Couple centers on Lucio and Martina, two former lovers whose passionate romance began while attending a strict Catholic high school in Mexico. Twenty-five five years later, they unexpectedly run into each other in the city of San Miguel de Allende and despite still sharing an undiminished love for one another they both pretend to be in happy marriages––even if it’s all lies. As they try to maintain their facades, a comedy of errors ensues that reveals the true reasons why the couple ended up separating in the first place.

Emmy-nominated actress and Caro regular Cecilia Suárez plays the role of Martina, while Manuel García Rulfo (The Magnificent Seven and the upcoming Soldado) plays the role of Lucio. They are joined by a cast of established as well as up-and-coming actors including Sebastián Aguirre (Güeros and A Monster with a Thousand Heads), Andrés Almeida (You’re Killing Me Susana and Y Tu Mamá También), and Spain’s Paz Vega (Lucía and Sex, and Almodóvar’s Talk to Her and I’m So Excited).

Shot on location in Mexico’s picturesque San Miguel de Allende, Tales of an Immoral Couple premiered on Mexican screens in November of last year and became one of the top-grossing Mexican films of 2016. With a charming vivacity and a talented cast with impeccable comedic timing, the film offers U.S. audiences a great introduction to Caro, a director who deftly combines his artistry with comedy.

About the Director: Born in Guadalajara, Manolo Caro is a Mexican director, producer and screenwriter working in film and theater. His theater debut was with the play No sé si cortarme las venas o dejármelas largas (I Don’t Know Whether to Cut My Veins or Leave Them Long), which he wrote and directed. It became a hit at the local box office and was sold to different territories worldwide. He then wrote Sin cura, Un dos tres por mí y todos mis amores, I love Romeo y Julieta, and more recently Nunca es tarde para aprender francés. His film debut was with the big screen version of I Don’t Know Whether to Cut My Veins or Leave Them Long, which repeated the big success of the play, and landed in the number three spot for that year’s box office. His second feature film was Amor de mis amores (Love of All My Loves), which went on to win the Audience Award at the Chicago Latino Film Festival Elvira, I’d Give My Life, But I’m Using It, his third feature film, had its international premiere at the Los Angeles Film Festival. He is currently working on a new series for Netflix.

About Hola Mexico Distribution: Launched as an extension of the popular Hola Mexico Film Festival, the company was created with the mission of bringing high-quality films from Mexico to diverse audiences in the U.S. The company released East Side Sushi by Anthony Lucero in 2015, and the Gael García Bernal starrer You’re Killing me Susana by Roberto Sneider in early 2017. Manolo Caro’s Tales of an Immoral Couple is Hola Mexico Distribution’s third theatrical release since its founding in 2015.